Husband had a birthday today.  This is the 35th one I've celebrated with him.  I used a sparkler as a candle on top of his birthday cake tonight; it seemed like a fabulous idea at the time.  I almost caught the house on fire, and had to run with the explosive firecracker cake out into the backyard in 40 degree weather, with three dogs close behind.  It was kind of like a birthday parade, except all were running. 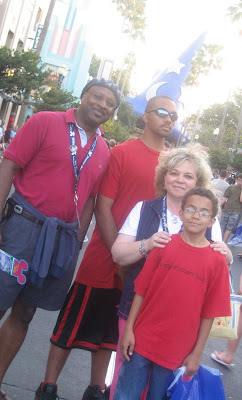 This was all of us at Walt Disney World a few years ago.

Everything he loves
and says
and is
and hopes for
and aspires to be,

he does for us. 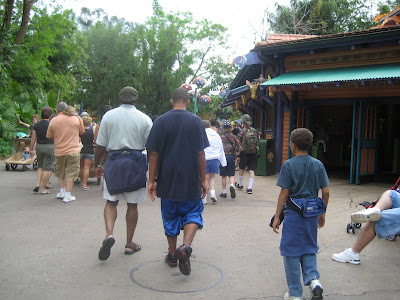 This is him doing what he does best. 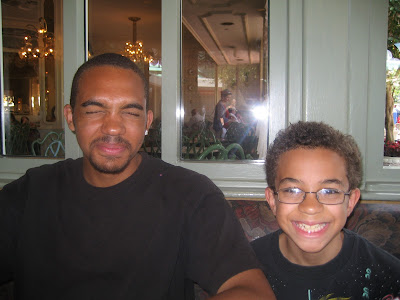 As a couple, we have walked the halls of the Louvre.  Stood in front of the Mona Lisa.  We have seen Shakespeare performed in Stratford-upon-Avon, and devoured Indian food in downtown London.  We explored underground caverns in New Zealand, and stood on the shores of Milford Sound long before anybody ever shot a movie there.  In the Cook Islands, he won a dance contest against several Maori warriors.  In Paris, we laughed our asses off when we were served an unexpected humble fried egg on top of the entree in three consecutive meals in three different bistros.


For all that we have done and for all that is left for us to do,
these two have been our greatest adventure, 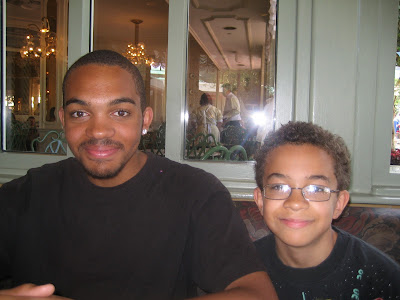 transforming us into a family.
﻿ 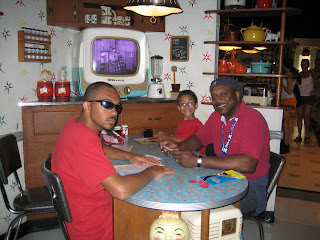 Some day when my sons have sons, they will realize they hit the lotto with their Dad. 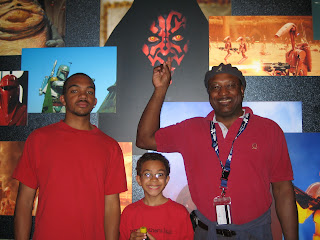 When people ask me how many children I have, I say three.  A twenty year old, a thirteen year old, and of course my youngest, who turns fifty three today.


Husband?  In honor of your birthday, I have arranged for your favorite crooner of all time to sing for you.  No expense was spared honey.  I had to pull all kinds of strings, and call in all kinds of favors to make this happen  for you.
Happy Birthday Husband.
love Wife
Posted by writergirldreams at 11:51:00 PM
Email ThisBlogThis!Share to TwitterShare to FacebookShare to Pinterest

I love the way you love your husband. All the adventures you two have had together! You guys are truly blessed to have each other. hugs. m1