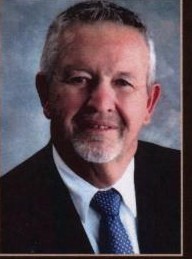 Bob and I met at Summit, and I was so moved and touched and shocked by his story.
Bob and I have something in common, more than we are both cancer survivors.
Like me, Bob is a breast cancer survivor.
This is Bob's story:
I grew up in Burbank, California. I lived my whole life there, got married, raised my 2 sons there, worked for the City for 40 years. But my wife, Carol and I had always dreamed of living in the mountains, but never could quite break away from Burbank. Then finally June 30, 2009, we moved to our dream home in the mountains at Lake Gregory. 5,000 feet, pines trees, a lake, we could finally live our dream.
During the move it was hot and I took off my shirt. My wife looked at my left nipple and said “What is going on there?”  My left nipple was retracting. I said “I don’t know, I am getting fatter and older and everything is beginning to sag.”
Well after my wife urging me (nagging me) I finally called the Dr. and made an appointment. I showed him my left nipple and explained our concern.  He shrugged his shoulders and said “I don’t know, but don’t worry about it.”  A month later I went back to my Dr. for another issue, and he said to me “I was doing some inquiring and a retracting nipple is a sign of breast cancer.  Don’t worry about it, but I want you to have a mammogram."  Not so easy for us guys.
Well a lump was found, a needle biopsy was done, and on December 3, 2009, I heard those words that no one wants to hear:
YOU HAVE CANCER!
Invasive Ductal Carcinoma.  Yes, breast cancer, Yes I said breast cancer.
I am one of approximately 2300 men that are diagnosed with breast cancer every year.
I am lucky the St. Joseph's Breast Center helped me get information on breast cancer, although every single bit of it referred to "her" and "she." Never "he" or "him." Yes there is still work to be done.
On January 12, 2010 I had a mastectomy of my left breast. That was followed by 4 rounds of Chemotherapy. Today I am cancer free!  I am a cancer survivor, that puts me into an exclusive club of amazing people that have beat this horrible disease.

I thank my friend Bob for sharing his story with me, so I could share it with you.  Although breast cancer among men is rare, (1 in 1000 lifetime risk, compared to 1 in 8 for women), who knew that some of the same signs for breast cancer that woman often overlook, like an inverted nipple, can also be a sign of breast cancer in a man.
Thank goodness for the loving "nagging" of Bob's wife Carol, that helped save her husband's life.  This is from the American Cancer Society's  web site, cancer.org:
The most recent American Cancer Society estimates for male breast cancer in the United States are for 2011:
Breast cancer is about 100 times less common among men than among women. For men, the lifetime risk of getting breast cancer is about 1 in 1,000. The number of breast cancer cases in men relative to the population has been fairly stable over the last 30 years.
The prognosis (outlook) for men with breast cancer was once thought to be worse than that for women, but recent studies have not found this to be true. In fact, men and women with the same stage of breast cancer have a fairly similar outlook for survival.
Last Medical Review: 09/30/2011  Last Revised: 10/04/2011

What if Bob and Carol had ignored Bob's retracted nipple?
Breast Cancer Awareness.  It's for everybody.  She's and He's.
Thank you Bob, for your courage, infectious spirit and charming presence, it was a real honor and pleasure to meet you.  You set my inspiration on fire!
Posted by writergirldreams at 11:40:00 AM
Email ThisBlogThis!Share to TwitterShare to FacebookShare to Pinterest

A Vacaville RFL team sold cancer awareness brackets as a fundraiser. They had pick bracelets with a ribbon that was half pink & half blue for men with breast cancer.

Did you know the actor Richard Roundtree is a male breast cancer survivor. Yes, you read right. The guy who played Shaft. "Shut yo mouth!". He had a double mastectomy and underwent chemotherapy.

I do wear pink sometimes. I will be wearing pink on Sunday when I walk in Making Strides Against Breast Cancer in Orange County.

Bob, you're here, you're here!!!! Welcome! Aww that is just great, I am so so proud of you!! and I know you'll look great sporting Pink! Thank you for visiting my blog, and thanks again for sharing your story. Big hug, and I do mean big hug, because I think you are like ten feet taller than me, or at least it just seems that way since you are such a commanding loving brave presence! Way to go Bob!!!!!!!!

Kimberly, shut yo mouth, Girl, I did not know that! Whoa. Thank you for sharing that.